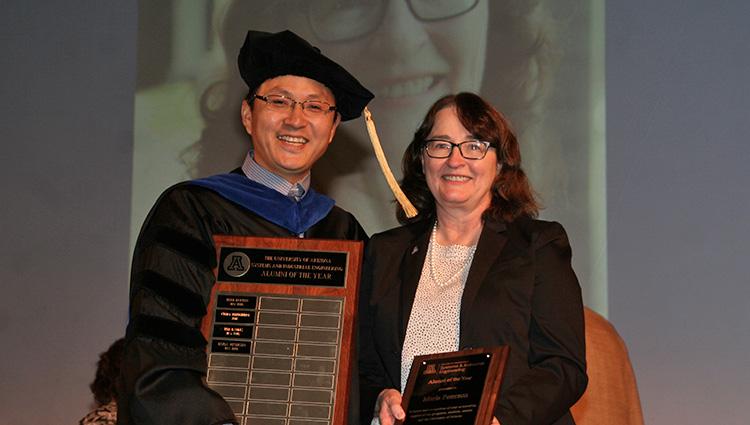 When 1983 SIE graduate Marla Peterson went to get traveler's checks for her first business trip, the clerk insisted the young engineer was just an assistant and told her that the person actually traveling would have to pick up the checks.

“That was the first time it was basically stated to my face: Someone was telling me that I wasn’t an engineer because I’m a woman,” she said. “It really made me think, ‘OK, I’ve got to do something about this.’”

Peterson has indeed dedicated herself to change, and to supporting future engineers, particularly at her alma mater. Accordingly, the University of Arizona Department of Systems and Industrial Engineering recognized Peterson with its 2019 Alumni of the Year Award at the department’s pre-commencement ceremony May 9.