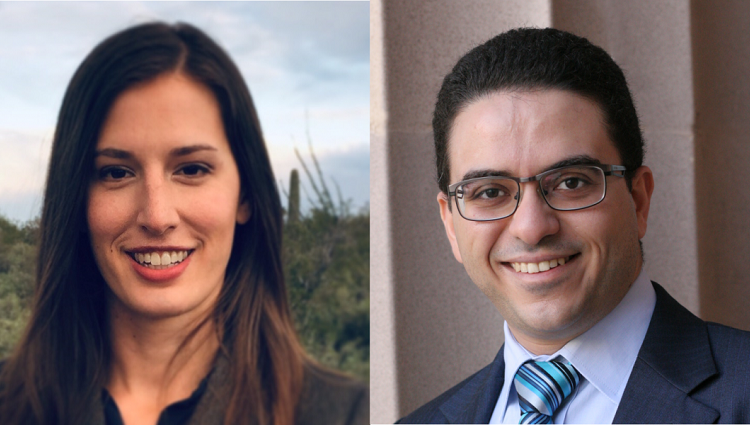 SIE assistant professors Hannah Budinoff and Mohammed Shafae recently set out to better understand the shortages and production of personal protective equipment during the pandemic. Budinoff and Shafae surveyed 145 informal community-driven PPE 3D-printing manufacturing efforts in the United States, most run by volunteers and occurring in March and April of 2020.  They published their results in the Journal of Manufacturing Systems.

Q: Did the majority of the spaces you surveyed have experience producing PPE, or were they producing it for the first time? What were some of the factors that differentiated successful efforts from less successful ones?

Budinoff: These spaces had generally not been used to produce PPE before the pandemic. Under normal circumstances, PPE is mass produced in large factories with tight standards for quality assurance. Makerspace and university staff saw that members of their community needed PPE, so they quickly figured out what designs to make, and started producing 3D printed PPE using their own equipment.

The efforts that produced the most PPE figured out several interesting ways to scale up production quickly. Because 3D printing can be relatively slow, one of the most effective ways to do this was to use dozens of 3D printers at once. Others used optimized PPE designs that took much less time to print. Another factor that helped efforts be successful was partnering with other organizations – like state government agencies, other makerspaces, or local companies – to help with obtaining supplies and distributing PPE to those who needed it.

Q: What spaces were producing PPE, and how much were they producing?

Shafae: Of the efforts we surveyed, 73% were at universities, 21% makerspaces, and 6% local libraries. They were located throughout the United States, in major cities such as New York and Los Angeles, as well as smaller cities such as Portsmouth, NH and San Angelo, TX.

Face shields were the dominant form of PPE being produced: 81% of spaces produced face shields, while 7% only produced masks, 10% produced both masks and shields, and 2% produced other products such as ear savers, clips for powered air purifying respirators, ventilator moisture traps and splitters for ventilators. We think face shields were the most popular because they have a simpler design and regulatory requirements. Based on the average reported production rates, we estimate that the efforts we identified produced over 100,000 units of PPE in total.