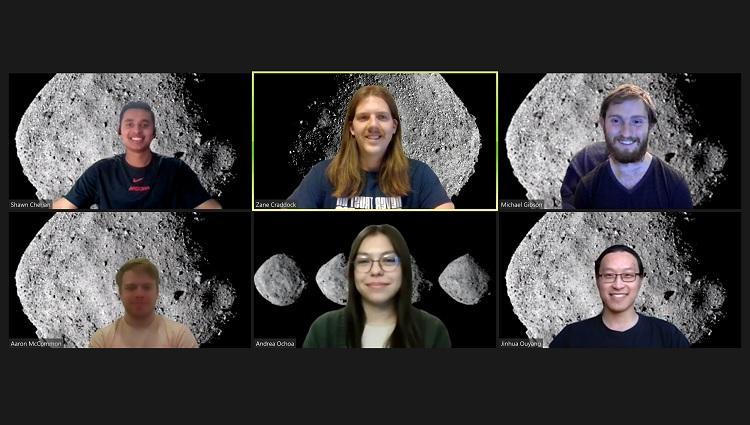 The asteroid sample return mission OSIRIS-REx is one of the largest current science projects out of the University of Arizona, involving students from optics to engineering. SIE senior and team lead Zane Craddock recently spoke with news channel KOLD about his work on an Interdisciplinary Capstone team developing a method to test the thermal conductivity of asteroid samples without altering them.

The device consists of two aluminum hemispheres. The temperature of the top hemisphere tells the team how thermally conductive the asteroid sample is.

“It has to be done inside a vacuum environment. There’s not even an atmosphere because the air around us is considered contamination for it. So this is extremely challenging,” Craddock told KOLD. “On the bottom, we set that to a known temperature and on the top, we apply a certain amount of power. Depending on the thermal conductivity of the sample, that is in between the two hemispheres, the top hemisphere will reach a certain temperature or not.”

Engineering seniors also recently spoke with news channel KGUN about their capstone project enriching the lives of animals at the Reid Park Zoo.