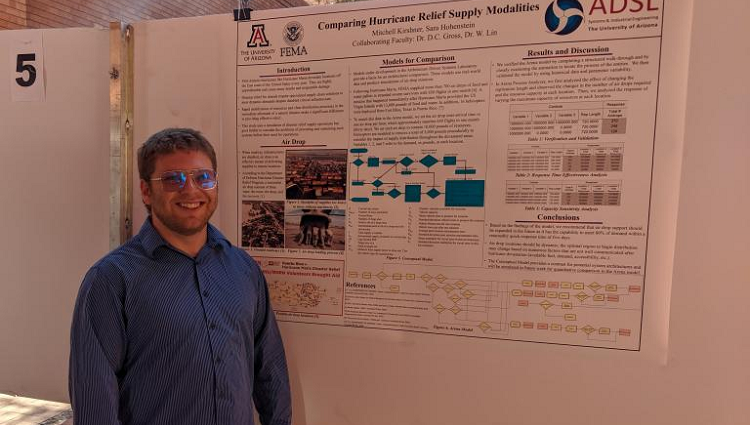 With so many different kinds of engineers and scientists working on space missions, it’s critical to be able to handle the data in one integrated system. SIE graduate student Mitchell Kirshner spent spring 2021 interning remotely at NASA Langley Research Center, helping collate data from multiple mission segments. But instead of a library of files, documents or images, the system Kirshner helped develop will be in VR, allowing scientists to interact with the data in a 3D space.

“This sort of thing has never been done before,” Kirshner said. “Let’s say you have satellite data. In the software prototype I am helping to build, you would be able to not only visualize the 3D motion of that satellite, but to apply algorithms to your data, compute results and visualize them as well. You can even walk right into the middle of your data for a viewpoint that is hard to acquire through traditional 2D visualizations.”

In his internship, he’s focused on analyzing data to predict the magnitude of space weather that can impact Earth. For example, increased solar radiation correlated to sunspot activity can cause errors in GPS navigation on Earth. By manipulating the space weather data in VR, scientists can improve their understanding of solar weather and predict how it may behave in the future.

“Mitchell is an extremely versatile researcher, and he has a broad background combined with specific interests,” said SIE professor Ricardo Valerdi, Kirshner’s PhDadviser. “In particular, his doctoral research on Mars exploration makes him an ideal contributor to NASA’s mission to explore the solar system.”

Kirshner said his work at the University of Arizona in both VR and Space Situational Awareness has served him well so far in in his time at NASA. He hopes it will be beneficial after he completes his PhD as well.