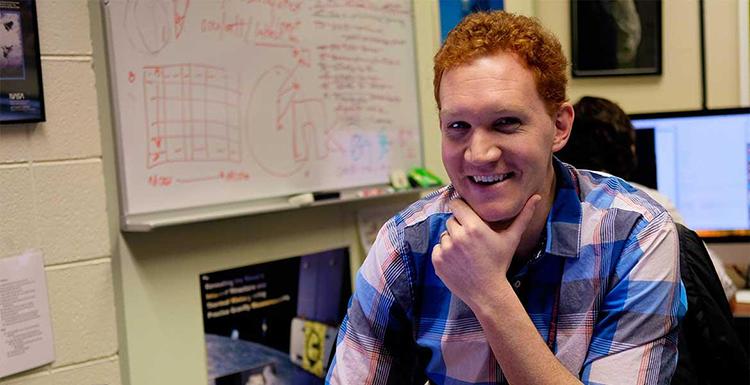 Wibben joined the team that planned the OSIRIS-REx mission while pursuing his PhD in systems engineering. After graduating in 2015, he continued on the project as a maneuver design lead at the aerospace company KinetX Inc., where he is helping navigate the spacecraft to the near-Earth asteroid Bennu and back.

In his nomination letter for Wibben, Michael Moreau of NASA’s Goddard Space Flight Center said that Wibben is an insightful leader and mentor and one of the most important contributors to setting up OSIRIS-REx’s record-breaking orbit.

“The achieved orbit is so stable that the spacecraft could remain for months with no maintenance maneuvers,” Moreau said. “And this just touches the surface of Dan’s contributions to the success of the project to date.”