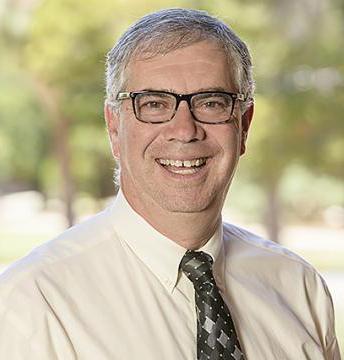 Dr. Goldberg is currently Dean, College of Engineering and Professor in Systems and Industrial Engineering at the University of Arizona.  He became Interim Dean on January 1, 2009 and was give the permanent position on February 1, 2010.  Dr. Goldberg has been at Arizona since August 1985.  Before that he was employed at Vector Research Inc. (Ann Arbor, Michigan) as a senior systems analyst and at Bell Telephone Laboratories (Holmdel, New Jersey) as a member of technical staff.  While employed, he worked on a variety of projects including facility location problems, human interface design, distributed data base design, and decision aids for field artillery commanders. He now has a small consulting company - Silver Oak Research - that specializes in emergency response system design and educational credential evaluation.  Silver Oak has helped design ambulance systems in 10 metropolitan areas in the US and Canada.

Dr. Goldberg received the Ph.D. from the University of Michigan, Department of Industrial and Operations Engineering in December 1984.  His dissertation topic was in the area of modular design - designing components that can fit into a wide variety of end products.  He received the M. ENGR. and BS from Cornell University, School of Operations Research and Industrial Engineering, in 1980 and 1979 respectively.

Dr. Goldberg's research interests include designing and operating emergency vehicle service systems, and the general area of using mathematical models to help solve decision problems.  He was a past recipient of the Shingo Prize for excellence in manufacturing (outstanding paper award, 1994), and spent a year at West Point as a visiting professor in the Department of Systems Engineering.  He had leadership roles in projects; "ELITE - A New Undergraduate Program in Engineering," Co-Principal Investigator  (with S. Sen, R. Ferrell, and J. Higle) sponsored by the National Science Foundation, and was Director of the College’s BA in Engineering Program.  He also led “Improvements in Undergraduate Engineering Education through Curriculum and Course Development Feedback Processes,” Co-Principal Investigator (with J. Ramberg, V. Johnson, K. Lansey), sponsored by the GE Foundation.  His textbook The Design and Analysis of Lean Production Systems (with Ron Askin) won the "Outstanding book in Industrial Engineering Award" from the Institute for Industrial Engineering in 2002-2003.  In 1999 he won the UA’s EL-Paso Natural Gas Foundation Faculty Achievement Award for outstanding teaching and research.

In May 2005, Dr Goldberg was appointed Associate Dean for Academic Affairs for the College of Engineering.  In this position he was charged with managing recruiting, the academic programs, and placement for students in the College of Engineering.   He has strong interests in increasing the retention rate of engineering students, improving the classroom experiences of students, increasing student learning, and increasing the diversity of the engineering student population.  In the position, Dr. Goldberg led a College effort that resulted in improvements in entering student quality (without a serious reduction in diversity), 1st year retention in Engineering, 2nd year retention in Engineering, and overall University retention.  He piloted programs for increasing the number of high quality high school students enrolling in Engineering, co-developed and co-taught a freshman success seminar and tutoring program, and co-developed and co-taught orientation programs for new faculty members and graduate teaching assistants.

Dr. Goldberg is a member of ASEE, INFORMS, and IIE.  He has served as associate editor for the Journal of Engineering Education and was a member of the Wickenden Award selection committee.  He was ASEE Pacific Southwest Section Conference general chair in 2000.  He was a member and chairman of the ORSA education committee and was co-chair of the education cluster at the IIE national meeting in 2007.  In 2014 he was co-chair of the ASEE Engineering Dean’s Institute and is currently Vice-Chair of the ASEE Engineering Dean Public Policy Meeting.

Besides having a great deal of fun in the College of Engineering, Dr Goldberg likes to cruise-travel with his wife and he is a golf nut with a 13 handicap.  He has 4 children, 3 who graduated from the University of Arizona and 1 who finished at Ohio State University.  He also has 3 grandchildren that are less than a year old.   He has rooted for the Pittsburgh Steelers for almost 59 years and has had UA season basketball tickets for 32 years.

- Design of educational systems that are effective for students, instructors, and society.- Active learning and inverted classroom strategies- Using web-based content alone and in conjunction with live classroom teaching

- Models to evaluate the best placement of emergency services, such as fire stations.- Models for approximating performance of spatial queueing systems, such as those in automated factories and service systems.- Mathematical programming models of products and processes to improve production systems design and operation. - Mathematical models used to make decisions in games of chance.- Design of standard modules for manufacturing.- Design of products for manufacturability; i.e. economical and efficient manufacture.